As with my recent reporting and commentary on the “disappearance” of AIDS according to the World Health Organization, I am moved to challenge another hideous and apparently corrupt practice of the modern medical industry.

For 4 years, beginning in 2006, my wife, Adoley and I operated a private hypnosis clinic in Fullerton, CA that dealt primarily with weight loss.  We were 75 percent effective, meaning, clients lost weight and at one year afterwards, no appreciable weight gain had returned. 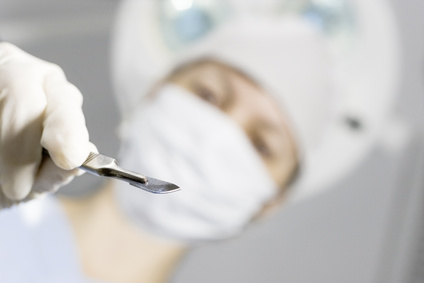 In our third year of operation I was invited to a meeting with the director of the Tri-County Bariatric Surgeons Association that included weight loss surgeons from Southern California.  I was asked what the costs of our hypnosis program for post-operative patients might be.  I was insistent on knowing why their patients would need hypnosis after a successful weight loss operation.  They shouldn’t need hypnosis or anything else – if the surgery was effective.  Something just didn’t seem right.

After quite a bit of back and forth, the director admitted to an 85% failure rate, meaning, 85% of patients regained all or part of their weight after surgery.  Also, after a bit more discussion, I realized they were asking me to deal with people who were extremely upset, often to the point of frenzy, their digestive systems irreversibly altered in surgery, and usually broke or close to it due to the $25,000 expense of the surgery.

Even more disturbing was the additional admission of a 15% “complications” rate of the surgery including infection, anemia and death.  These facts were alarming to me and to the director seeking my assistance with her extremely serious and growing problem.

But this was not anything I wanted to be involved with and declined to work with the group feeling I would be supporting a horrifically corrupt system that did irreversible damage to many people and was admittedly ineffective for most.

Yet, weight loss surgery, still being fairly new, had rescued many hospitals from bankruptcy at that time, and enriched countless surgeons.  It continues today to be another medical industry cash cow with about 160,000 surgeries done per year at about $25,000 a piece, let’s just say $4 billion worth.

It is now supported by the government and some in the insurance industry as a viable treatment in spite of the results avowed by the leader of one the largest groups in the country doing this surgery.  Of course, there are only glowing accounts of the lives saved by this surgery in the popular media.  I have never seen or heard of a lawsuit, probably because patients are routinely asked to waive all future legal action before they get the procedure.

I ask that you who are moved by this report, to comment below with government or legal offices who may be interested in this possibly criminal activity.  At least, I believe it is time to get the unbiased post-operative statistics on this type of surgery and possibly stop this apparently useless procedure on desperate and deliberately uninformed people. We may save many from a terrible fate.

Let’s take a closer look at the enormous power wielded by the medical/pharmaceutical industry and their partners in the government.