Home » As I was saying… » Arizona’s Audit of Election Ballots 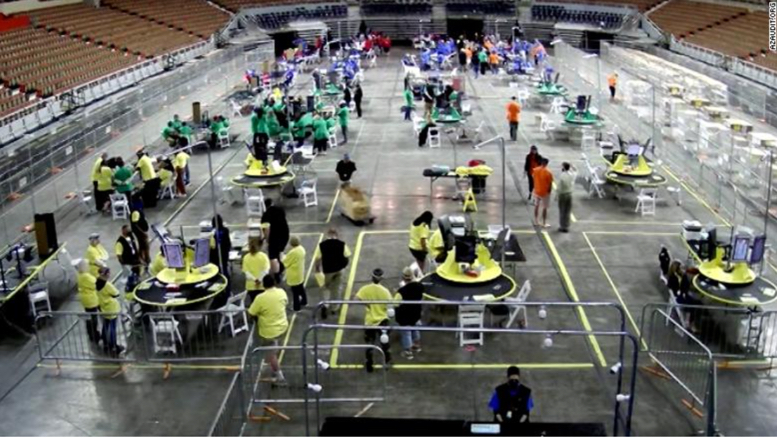 Republicans are preparing for a chain reaction among swing state legislatures that could eventually expose President Biden’s administration as illegitimate. Election fraud was first documented and quantified in the three-part Navarro Report. But, no strategy has been articulated right now about what a finding of presidential illegitimacy would mean for the Biden Administration. Read more about this historic election audit here:

A successful “fruit of the poisoned tree” legal effort could taint all executive orders and acts of congress executed by the current president rendering them invalid.  In what some observers believe was a pre-emptive move, Trump presidential lawyer Rudy Giuliani’s home was raided by the FBI at 6 AM today Eastern time, hours before the ruling in Arizona. Giuliani was a key investigator of election fraud in 2020 and claims to have “conclusive” evidence of widespread fraud in battleground states.  Giuliani’s personal electronic devices were seized in connection with a potential Foreign Agent Registration Act prosecution.

Like presidential advisor Roger Stone, FARA violation suspects are normally asked to appear in FBI offices for a review of relevant documents. FBI guidelines specify a warning be issued for violators. Only in the cases of Stone and Giuliani have pre-dawn raids by FBI agents been launched.  These unprecedented raids have revived fears that targeted political retributions are being engineered by a weaponized Department of Justice for a tyrannical White House.