Biden presidency is collapsing as Harris mutinies. Joe Biden has effectively lost control of the government after Vice President Harris has refused a direct order to control the chaos at the US southern border.
Then forgetting he has 95% of a border wall completed with materials in place to finish the rest in just weeks. Customs and Border Patrol standing by for orders, President Biden turned instead to unrelated federal agencies to beg for ‘volunteers’ to deal with his migrant crisis. The Biden presidency is collapsing in front of our eyes.
Anticipating a public outcry after Texas Democrat Henry Cuellar also rebelled against a White House news blackout and shared photos of kids crammed into overcrowded facilities, Biden’s government has itself collapsed into chaos. The administration is now seeking leadership from subservient agencies to stem the flow of disease, criminals, terrorists, and lethal drugs flooding the nation’s interior.
Volunteer deployments from other agencies would help CBP process unaccompanied minors. More than 16,000 unaccompanied children were being held in federal custody on Thursday.
As the Biden presidency is collapsing,  journalists have still not been allowed inside substandard holding facilities packed beyond capacity. 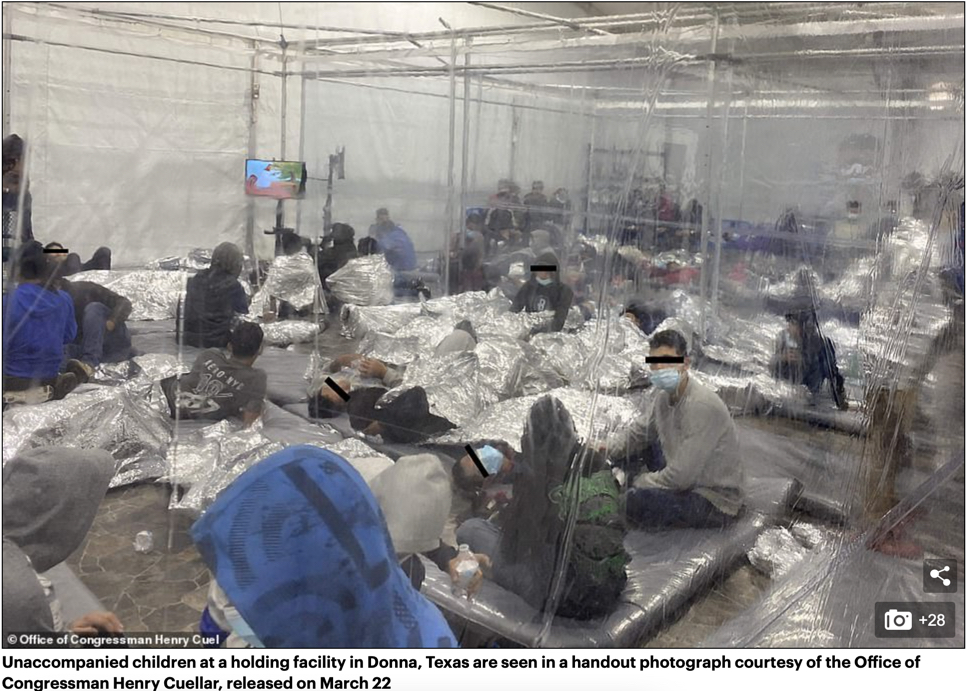 The Biden Administration has also lost the handle on the international front, as China and Iran have this week signed a $400 billion, 25-year cooperation agreement exchanging Chinese assistance for Iranian oil in direct defiance of US sanctions.

As the Biden presidency is collapsing, China has also defied US mutual defense agreements in the South China Sea region by aggression against the territories of the Phillipines, Taiwan, South Korea and Japan pushing the United States closer to war with China.

The top diplomat for the nation of the Philippines, Foreign Affairs Secretary Teodoro Locsin, Jr., said, “We must have the courage to demand U.S. military attack China.”