Home » As I was saying… » Black Lies Matter 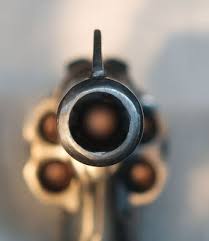 The truth is, over the past decade, only 4% of black homicide victims were killed by police officers.  The rate of violent black crime predicts that over 26% of black homicide victims would be killed in confrontations with police.  Compare this 4% for blacks to the 12% for whites and Hispanics killed by police and the first black lie, the fundamentally false premise of racist, killer cops becomes apparent.

The second black lie concerns the supporting evidence.  It requires a martyr, a black face to incite our sympathies and motivate the transfer of political power from police to the BLM movement. First, it was Trayvon Martin. Initial news reports attempted to shoe-horn a “white, Hispanic” racist vigilante into the story.  But, since no thinking person knew what a “white Hispanic” was, that description diluted the racial purity of the example. When it was revealed that Martin had a history of thug violence and the killing was in self-defense against Martin’s violent attack, the entire story was rejected and replaced.

When the “gentle giant” Michael Brown was shot in cold blood trying to surrender, BLM’s martyred saint was delivered and the movement’s rallying cry was born, “Hands up! Don’t shoot!”.  It was perfect in all aspects and launched riots, “die-ins”, enthusiastic marchers chanting “What do we want?  Dead Cops! When do we want ’em?  Now!”. These BLM supported campaigns inspired the murder and attempted murders of police officers, a campaign to ban grand jury proceedings when police use lethal force, the destruction of dozens of police officer careers, malicious prosecution as in the city of Baltimore, Department of Justice investigations and a presidential task force on policing.

BLM’s influence is now documented as “the Ferguson effect” and has succeeded in cowing police forces across the country and achieving international prominence, social elevation and political power for the BLM movement and race pimps like Barack Obama, Eric Holder and Al Sharpton.

The only, small footnote to the founding martyrdom and sainthood of Michael Brown is that, like all BLM narratives, it’s a complete lie.  Brown, like Martin, was a well-known violent thug who was in the middle of an attack when he was killed in self-defense. Of course, BLM ignores these facts and maintains its vigilance against the white demon – America.

The name itself – Black Lives Matter – is the greatest lie of all, implying that they are committed to rescuing black citizens from violence.  Where were they when six-year-old Martin Johnson was gunned down while playing in a St. Louis city park, just a few miles from their protest demanding the resignation of the entire Ferguson Police Department?

Where were they when ten black children under the age of ten were shot in Baltimore last year?

Where were they when three black children under five were killed in Cleveland – in one month?

Where were they in August this year when a nine-year-old black girl in their own founding city of Ferguson was shot and killed through the wall of her home while doing homework on her mother’s bed?  Where were the race pimps?

What is their answer to the elderly cancer survivor in the Mount Hope section of the Bronx who is afraid to enter her own building lobby to collect her mail and who pleads, “Please, Jesus!  Send more police!”

Where are they?  And why don’t these black lives matter?