Home » Library » Monte and the Assassins 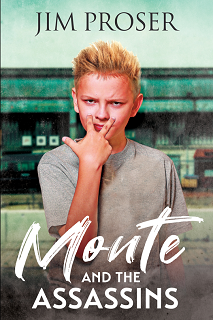 $9.99BUY NOW
When you’re 16 and living in a rundown, roadside motel room with your once-famous and now drug addicted father, it’s hard to be the new kid in school at the same time. That’s what happened to me and it all turned it out mostly ok, except for the strange kid who kind of ran the motel. He froze his throat and died inhaling freon that he bought from the Army Navy store. That was like a horror movie and I couldn’t sleep after that.  But Dad said that was enough and moved us into the Logan Inn in New Hope.  Winter was coming and he thought we’d die of pneumonia if we stayed in the motel.  I think he was right but it was a kind of a pain in the ass too because the New Hope Diner was right across the road. So I’d have to figure out a new place to buy dinner.