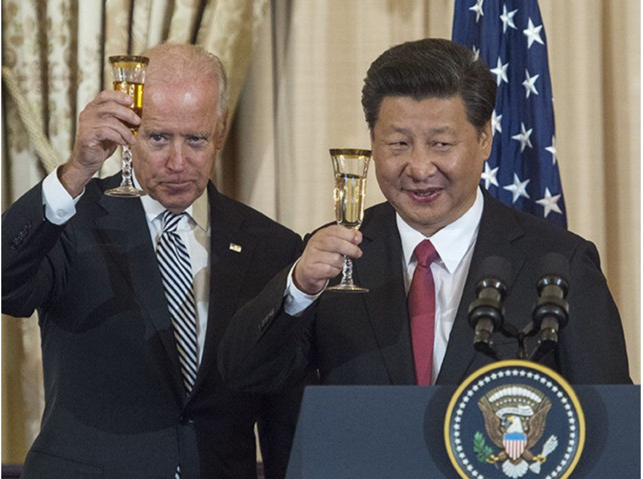 Suppose Usama bin Laden had invested his money into the Democratic Party instead of the Taliban. In that case, he’d be a Senator from New York today with substantial holdings in an investment bank headquartered in the World Trade Center.

Director of National Intelligence John Ratcliffe briefed House and Senate Intelligence committees about growing foreign influence by China, estimating roughly 50 US lawmakers have been targeted with threats and/or bribes. Ratcliffe did not identify which members of Congress they were.

It has been no secret that China prefers the compliant Joe Biden and his Wall Street backers to the tariff wielding, Tik Tok and ZTE – smashing Trump. Then, of course, was the billions in future business also in the balance for American broadcasters and news organizations who buried the story of Hunter’s incriminating laptop full of salacious photos and damning emails. The breadcrumbs are not hard to follow. But whatever was promised or paid, it was worth it to protect the Communists’ long-term investment in Joe Biden.

Google and Facebook also had their parts to play in this interminable Chinese opera by diverting the attention of American voters in return for their continued favor with their Chinese partners and paymasters. Mark Zuckerberg even put up 400 million in good faith money to weaken election laws in battleground states. That’s just what a good partner does.

A recent poll validated the Chinese investment by revealing that 17% of Biden voters would not have voted for the serial plagiarist and Uber-grifter if they had known about the laptop’s emails confirming Biden. Nor the Senior’s partnership interest in various Chinese front companies.

So, toasts all around, and a job well done. Unless the United States Congress suddenly finds the moral conviction and sustaining courage to reject China’s billions invested in news censorship, graft, and threats against our congresspeople, on January 6th Xi Jinping and his confederates will have the keys to the White House and their bagman with open arms behind the Resolute Desk.