I’m Staying with My Boys is a firsthand look inside the life of one of the greatest heroes of the Greatest Generation. Sgt. John Basilone held off 3,000 Japanese troops at Guadalcanal as his 15-member squad was reduced to three men.

At Iwo Jima, he led an attack that destroyed an enemy blockhouse, allowing the Marines to capture a critical airfield. Minutes later, he was killed by an enemy mortar round. He was the only Marine in World War II to have received the Medal of Honor, the Navy Cross, and a Purple Heart and is arguably the most famous Marine of all time. 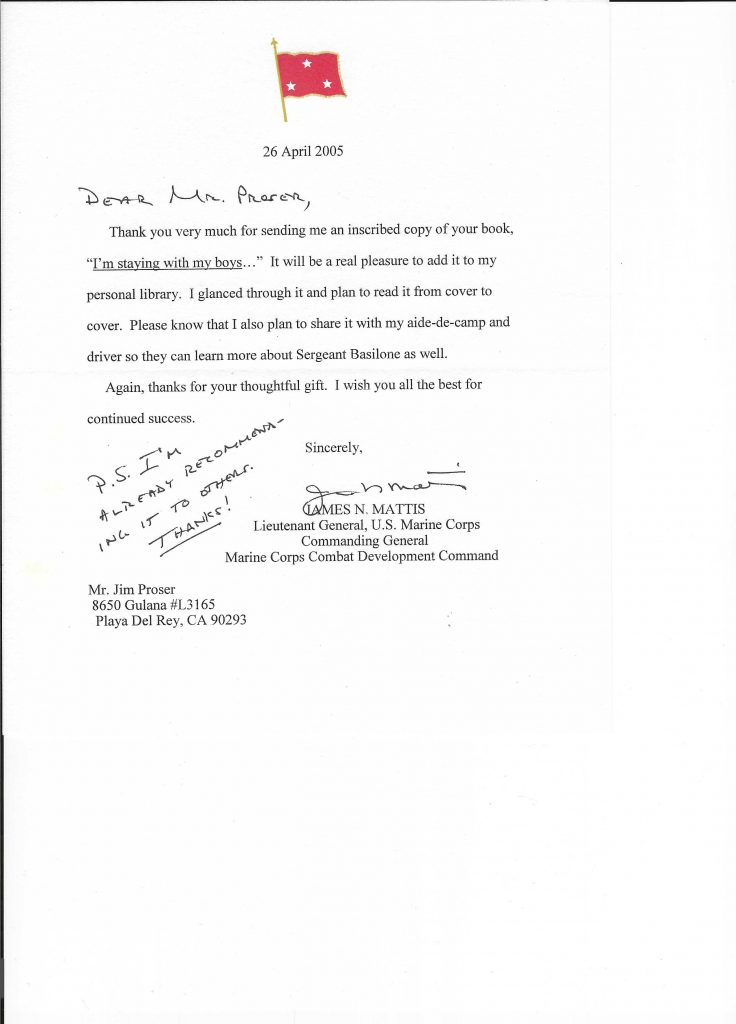 My biography of Marine Sgt. John Basilone is the only family-authorized biography of Basilone, and it features photographs never before published. I’m Staying with my Boys is distinctive among military memoirs, the story is told in first person, allowing readers to experience his transformation, forged in the horrors of battle, from aimless youth to war hero known as “Manila John.”

To see the full-length documentary film about Sgt. John Basilone for free, click on the video below.