Home » As I was saying… » Mr. Copacabana: An American History by Night 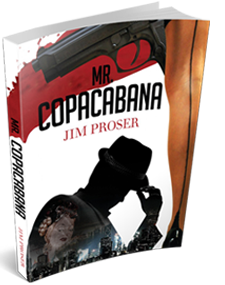 Mr. Copacabana: An American History by Night. In 1998, in a book about the singer Dean Martin, my father was described with one sentence saying that he was a “front man” for the Mafia.  In a dozen other books I’d read that mentioned my father, this description had never been used and it hurt to see it then in print.

I knew it was at least partly true, that he was in business with certain gangsters, but I also knew it wasn’t the whole truth.  What I didn’t know for sure was what he actually did and with whom.  What I’ve found out in the years since then was that my father had been tarred with that brush of the Mafia since 1939.  That was the year he created and opened the Copacabana nightclub in New York City.  That was also the year the FBI opened a file on him.

I found out that he had a partner named Frank Costello, the “Prime Minister” of the Mafia.  I wrote this book to set the record straight about everything my father was and was not, because a lot has been said.  I always hoped that my father was not just a front man but I needed to know for sure.  Now I know.