Home » As I was saying… » Progressives Punked for Social Justice

Presumed superior knowledge – a concept so engrained in progressives that Bill Maher summed it up in one irrefutable sentence saying “The Constitution needs a page one re-write.” 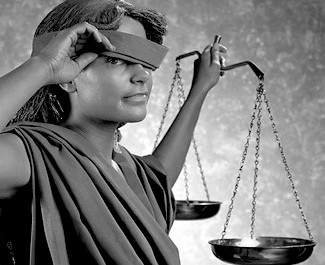 His guests nodded along and studio audience, of course – crickets.

So stunning in its brevity, clarity and presumption of superior knowledge that you can fairly see Hollywood’s hottest punch-up artists Bruce Vilanch, Amy Schumer and Keenan Ivory Wayans blue-penciling the dusty concepts of Jefferson and Adams for a totally rockin’ vision of America.

IN THE WRITER’S ROOM

This thing is going to jump off the page like an ep of “Joanie Loves Chachi” – when it was really good.  Equal justice is just so “old, white slave-owner”.  Social justice is for reals, dog.  No justice, no peace, take it to the streets.  Like the French with their revolution.  Now those dudes got social justice right.  Boom!  Off with their heads, storm the Bastille.  Power to the people.

Dig it, justice needs to take into account white privilege, slavery, LGBTQ rights, micro-aggressions, women’s issues and forget gun ownership, y’feel me?   And what’s with this whole idea of co-equal branches of government fighting over each little law and regulation?  Duhhh… like Homer Simpson could figure this one out.

Who even gets why we are a nation of laws and not men?  Men (and women and LGBTQs) make the laws, right?  It’s not like God makes the laws from his book of Jewish fairy tales.  So the whole page one concept of being endowed by our Creator with certain unalienable rights is out.  The best minds of Hollywood and Washington D.C. know what time it is, so what could go wrong?  They make, like millions of dollars you know and are all over TMZ.

Justice ain’t blind anymore.  We got this.