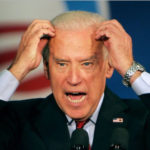 America’s top cop, Rudy Giuliani, has potentially election-reversing evidence, including 650,000 illegal votes cast just in two Pennsylvania cities. Yet, no report of this has been broadcast on most prime-time television news shows. How could such a development remain so widely unreported? We might ask the same question regarding the overwhelming evidence of international corruption […]