Home » As I was saying… » Woke Corporations Celebrate the Genocide Games 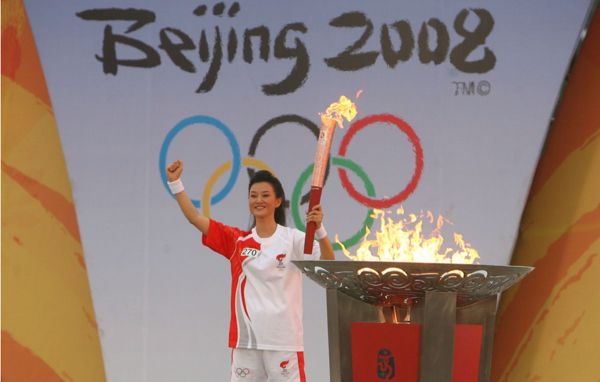 Woke corporations celebrate the Genocide Games as the Chinese hosts of the Games have by intent or negligence killed half a million Americans with a bio-weapon. Three million Uygur Muslims are in concentration camps feeling the effects of genocide. Minority ethnic and religious sects organs are being harvested from Falun Gong and other minorities. The Chinese are persecuting one hundred million Christians.

They lead the world in environmental destruction with hundreds of carbon-emitting power plants and the interment of several coral reef eco-systems to form artificial islands in the Straits of Taiwan for military bases. They engage in the forced sterilization and slave labor of their people. They illegally seized Hong Kong and crushed all opposition there with police and military action. With all this evil among the Chinese government, why is it that woke corporations celebrate the Genocide Games?

Brian Kennedy, chairman of the Committee on the Present Danger of China, presentdangerchina.org, and Reggie Littlejohn, president of Women’s Rights Without Frontiers womensrightswithoutfrontiers.org sent a letter to the US Olympic Committee asking the USOC to take up the cause of moving the 2022 Games from Beijing. No response has yet been received.

US Secretary of State Tony Blinken, in a 30 March report, used the term “genocide” to describe what was occurring in China. If the US were to designate the Chinese Communist regime as genocidal, it would have immediate and significant consequences for both countries. As woke corporations celebrate the Genocide Games, America should be calling out the Chinese genocidal actions. It would preclude US participation in the 2022 Games. It would also pose the first deterrent action of the Biden Administration in the critical defense of Taiwan. Read more about Kennedy’s genocide comments here:

Recently, China has been signaling clearly that it intends to take Taiwan by force if necessary. But Taiwan's advanced computer chip manufacturing capacity is critical infrastructure for the US military and economy.

It is the prime supply source of advanced chip manufacturing. If it falls to China, America’s ability to adequately defend and even feed itself will come into question. US auto manufacturers are already slowing production to compensate for low supplies of advanced computer chips.
So far, the Biden White House has shown no response to the Chinese preparations for a gunfight. It is not flowing significant ordnance forward to Taiwan to demonstrate its resolve in defending the island nation. A recent joint announcement with the leader of Japan at the White House left military observers less than convinced of a firm US commitment.
Suppose this latest Communist aggression is not answered firmly by the United States. In that case, preparations for the Chinese Olympic Games will continue. Still, Americans are likely to find themselves closer to the enslaved Uygurs, vivisected Falun Gong members, and silenced Hong Kongers than they are to the globalist corporate leaders in their private viewing suites.